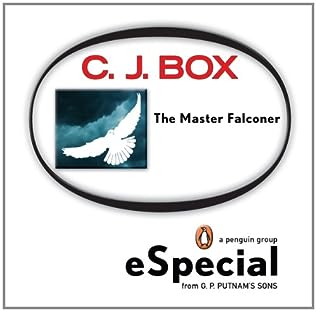 A dramatic short story of justice both old and new from the New York Times–bestselling author of Cold Wind.

The West is not the way it’s portrayed in the movies. But when a man from the East brings trouble for Nate Romanowski and his friend Joe Pickett, a little frontier-style justice may be just what’s called for. An exciting new addition to the series that People hails for “combining harrowing adrenaline rushes with complex morality, humor, and a landscape described so vibrantly it seems to have a life all its own.

Nate Romanowski is the master falconer. A friend of Joe Pickett’s, Nate was with Special Forces in Afghanistan when he started falconry. A wealthy Saudi named Al-Nura Abd Saud wants Nate to find him wild peregrines and has taken Nate’s birds until his order has been fulfilled, while he also makes sure his girlfriend is stalked. However, Nate doesn’t take kindly to threats.  Nate finds a way to deal with the Prince and keeps his integrity intact.