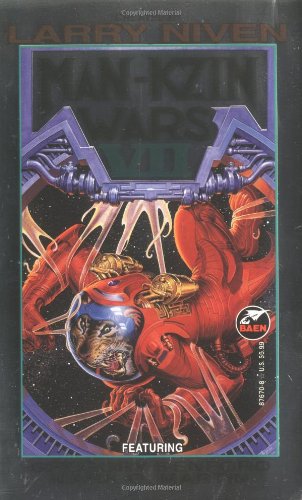 The man-killing cats from Kzin are back in short novels by Gregory Benford, Mark O. Martin, Hal Colebatch & Paul Chafe. The Kzin Third Fleet has decided a change of strategy is in order after two unpleasant defeats at the hands of the humans (or “monkeys”) from Earth. Only luck or the Outsiders can save us now. . . .

Bruno was the most stable linker that Col. Buford Early’s “wild talents” project could find, but linkers always went catatonic after a certain amount of time connected to high level computers. Bruno knew intellectually that he had to minimize cumulative link time; he had to stay sane for as long as possible. But with the link, he was so much more than human. He could see the All.

And, more than that, he could extract every last bit of effectiveness from the ship he was piloting, and so – maybe, just maybe – save himself and his lady love, who is also his Captain, from that most terrible of fates: capture by Kzin.