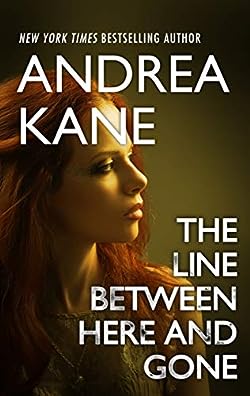 The man she loved is gone forever. The child she lives for could be next.

Each day is a struggle for Amanda Gleason’s newborn son as he battles a rare immune deficiency. Justin’s best chance for a cure lies with his father, who was brutally murdered before Amanda even realized she carried his child. Or was he?

One emailed photo changes everything, planting a seed of doubt that Amanda latches on to for dear life: a recent photo of a man who looks exactly like Paul. Could Justin’s father be alive? The mother in her is desperate to find out. But tracking down a ghost when every second counts is not for amateurs.

Forensic Instincts is the one team up for the challenge. A behaviorist. A former navy SEAL. A techno-wizard. An intuitive. A retired FBI agent. A human-scent-evidence dog. Together they achieve the impossible, pushing ethical and legal boundaries whenever the ends justify the means.

The manhunt is on for the elusive father. Yet the further FI digs into his past, the more questions are raised about whether the man Amanda fell in love with ever really existed at all. Dark secrets. Carefully crafted lies. From the congressional halls of Washington, D.C., to exclusive Hamptons manors, there are ruthless people who would stop at nothing to make Forensic Instincts forget about the man Amanda desperately needs to find.

Little do they realize that once Forensic Instincts takes the case, nothing will stop them from uncovering the shocking truth that transcends The Line Between Here and Gone.