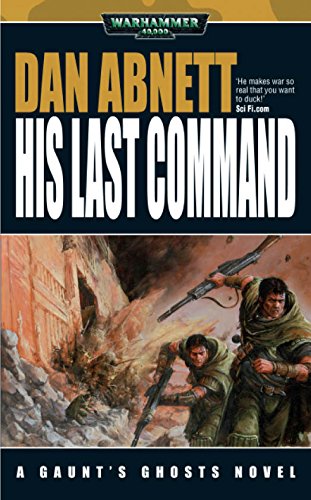 The Tanith First are no more. Moved into another regiment under a charismatic new commander, the loyalties of the former Ghosts are put to the test when Colonel-Commissar Gaunt, long believed dead, returns.

As the enemy overrun the Imperial forces, Clashing with Crusade command and suspected of harboring the taint of Chaos, Gaunt must fight not only to be reunited with his Ghosts, but to stop all their lives being thrown away in an unwinnable war.

It’s the end of Gaunt’s Ghosts! No, really, the Tanith First has been disbanded, Gaunt is sent elsewhere… What will it take to draw them back together? How about a stonking big Chaos attack…?