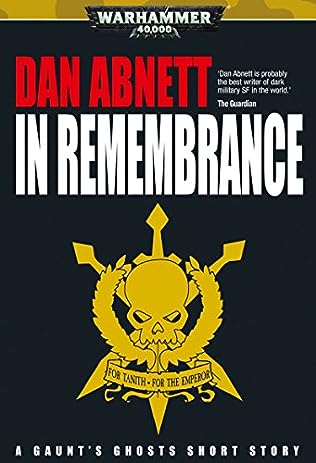 A bittersweet look at the aftermath of war and how those left behind view the heroes who move on to other battles.

On the world of Verghast, the Imperium is triumphant.

The forces of the Imperial Guard – aided by the brave men and women of Vervunhive – have defeated the Chaos-tainted soldiers of rival Ferrozoica Hive.

The traitor leader is dead, killed in single combat by Colonel-Commissar Ibram Gaunt. Now, in the aftermath, a sculptor seeks to commemorate Gaunt’s men, the heroes of Vervunhive – the Tanith First and Only.