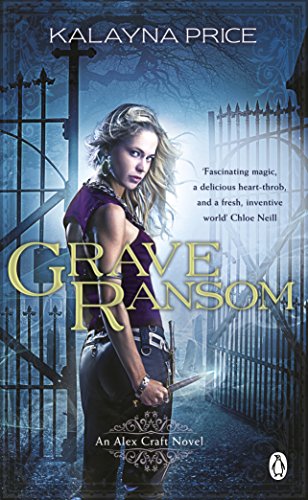 Grave witch Alex Craft is no stranger to the dead talking. She raises shades, works with ghosts, and is dating Death himself. But the dead walking? That’s not supposed to happen. And yet, reanimated corpses are committing crimes across Nekros City.

From the start, Alex is dragged into a strange situation with a soul inside a dead body that clearly doesn’t belong to it! As if that wasn’t spooky enough soon other animated corpses show up hell-bent on theft and pretty soon Alex crosses paths with the reapers whose job it is to claim those souls.

Alex’s investigation leads her deep into a web of sinister magic. When Briar Darque of the Magical Crimes Investigation Bureau gets involved, Alex finds herself with an unexpected ally of sorts. But as the dead continue to rise and wreak havoc on the living, can Alex get to the soul of the matter in time?