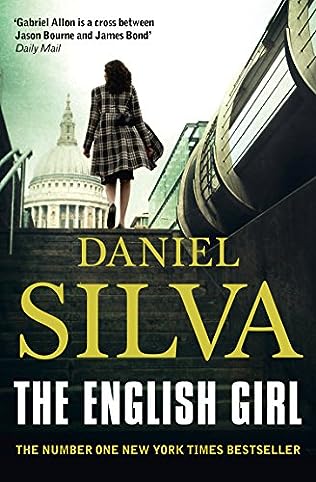 Madeline Hart is a rising star in Britain’s governing party: beautiful, intelligent, driven by an impoverished childhood to succeed. But she is also a woman with a dark secret: she is the lover of Prime Minister Jonathan Lancaster.

Somehow, her kidnappers have learned of the affair, and they intend to make the British leader pay dearly for his sins. Fearful of a scandal that will destroy his career, Lancaster decides to handle the matter privately rather than involve the British police. It is a risky gambit, not only for the prime minister but also for the operative who will conduct the search.

You have seven days, or the girl dies.

Enter Gabriel Allon—master assassin, art restorer and spy—who is no stranger to dangerous assignments or political intrigue. With the clock ticking, Gabriel embarks on a desperate attempt to bring Madeline home safely.

His mission takes him from the criminal underworld of Marseilles to an isolated valley in the mountains of Provence to the stately if faded corridors of power in London—and, finally, to a pulse-pounding climax in Moscow, a city of violence and spies where there is a long list of men who wish Gabriel dead.