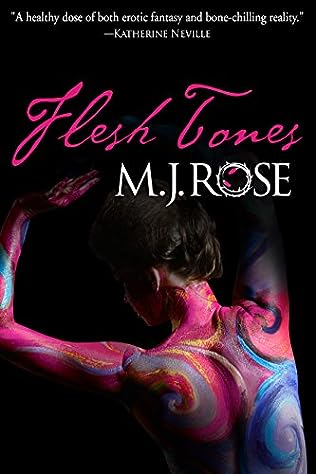 In a New York courtroom, a woman stands accused of a controversial crime. Genny Haviland, thirty-eight, is said to have drugged and suffocated legendary painter George Gabriel. For two decades the tempestuous Gabriel has challenged audiences with his wild work. And in the end, the prosecution claims, he alienated the woman he first seduced, then enslaved—enough to cause his own death at her hands.

Yet in Genny’s mind there rests another story, one that started twenty years before . . . one in which a college girl on summer break met an older, attractive artist–and began a forbidden affair she would never forget, a shadowy, sensual union in which she was more helpless and more powerful than she would ever imagine. Then the discovery of a shocking secret blew it all apart: Genny’s father was Jonathan Haviland, the renowned gallery owner who could make or break Gabriel’s career.

Now Genny contends she was only easing her old lover to a painless death, allowing him to escape the awful illness that was slowly eroding his sanity and self. But is that the whole truth? Or was Gabriel indeed killed–but for far more sordid reasons, from a motive driven by scandal and the threat of financial ruin? How much would Genny do for the man she professed to love, or for the father who has always loomed darkly in the background of her life?