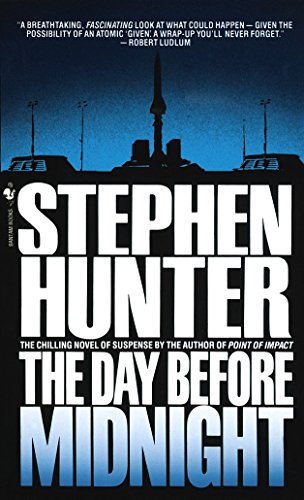 Paramilitary terrorists who have taken over a top-secret nuclear complex kidnap Maryland welder Jack Hummel and force him to cut through a half-ton titanium block that conceals the launch button.

All that stands between the Uzi-armed commandos and the launch button is a half-ton titanium block. They want Jack Hummel to cut through it–so they can unleash a devastatingly brilliant plot that threatens global disaster.

Now a Delta Force veteran and a think-tank defense wizard must get inside South Mountain–by defeating their own super-security systems and a darkly ingenious enemy leader . . .

. . . while Jack Hummel’s torch burns closer and closer to the launch key . . . while the clock ticks closer to midnight–and Armageddon.

Unidentified military terrorists kidnap welder Jack Hummel from his Maryland home and direct him to cut through a block of titanium to reach a launch key in the South Mountain MX missile site. The president decides to send in the crack Delta assault team, but the man best suited to command them is Col. Dick Puller, who was discredited and disgraced in Iran in 1979. Puller, in turn, must work with the only man who knows the missile silo, its designer, Prof. Peter Thiokol.

The leader of “Aggressor-One” is discovered to be Russian Military Intelligence chief Arkady Pashin: he is charismatic, reactionary and messianically determined to launch the single MX that will trigger a massive Soviet reply.