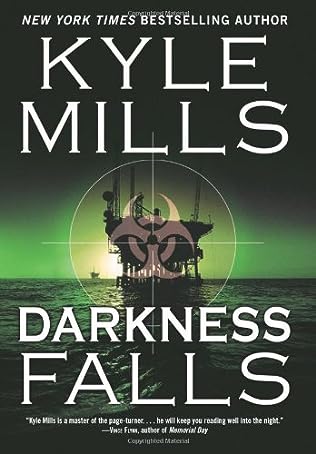 From the author of the award-winning The Second Horseman comes an all-too-plausible eco-thriller, in which a new bacteria with a voracious appetite for oil threatens the worlds energy supply.

Erin Neal has been living a secluded life in the Arizona desert since the death of his girlfriend when an oil company executive makes a surprise visit. A number of important Saudi oil wells have stopped producing and Erin is the world’s foremost expert in analyzing and preventing oil field disasters. As far as he’s concerned, though, he has left that world behind—not his problem. Homeland Security, however, sees things differently. Erin quickly finds himself stuck in the Saudi desert, studying a new bacteria with a voracious appetite for oil and an uncanny ability to destroy drilling equipment. Worst of all is its ability to spread.

It soon becomes clear that if this contagion isn’t stopped, it will infiltrate the world’s petroleum reserves, cutting the industrial world off from the energy that provides the heat, food, and transportation necessary for survival.

As the threat escalates, Erin realizes that there’s something eerily familiar about this bacteria. And that it couldn’t possibly have evolved on its own.