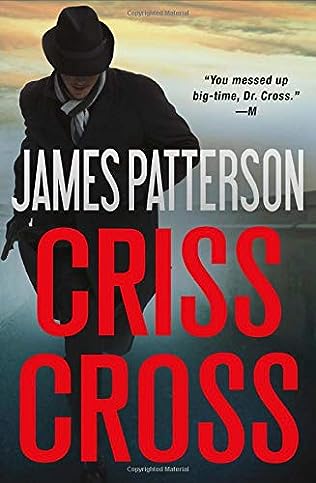 In a Virginia penitentiary, Alex Cross and his partner, John Sampson, witness the execution of a killer they helped convict. Hours later, they are called to the scene of a copycat crime. A note signed “M” rests on the corpse. “You messed up big time, Dr. Cross.”

Was an innocent man just put to death? Alex soon realizes he may have much to answer for, as “M” lures the detective out of the capital to the sites of multiple homicides, all marked with distressingly familiar details — details that conjure up decades-old cases. Details that conjure up Cross family secrets. Details that make clear that M is after a prize so dear that — were the killer to attain it — Alex’s heart would no longer have reason to beat.

After witnessing the execution of Michael Edgerton, a man he helped convict of several murders, Alex Cross thought he could finally put the case behind him.

But when a body turns up with a note signed by ‘M’, Alex knows that the nightmare is far from over. Accused by Edgerton’s family of framing him for murder, Cross fights to clear his name as the case against him builds. And as more notes – and more bodies – start appearing, Cross is determined to put an end to this case once and for all.