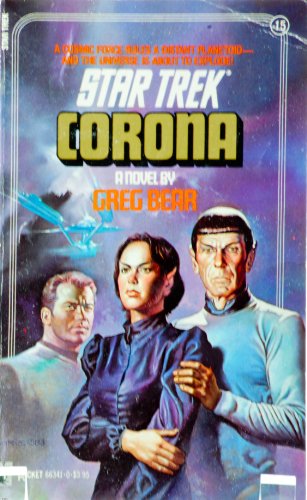 In the black box fog, a volcanic research team observes the formation process of three protostars. Due to the strong Ybakra radiation, irreparable nerve damage occurs in team members sleeping in chillers. The cry for help from the Vulcan Grake reaches the Enterprise only after ten years.

On the research asteroid in the Black Box Nebula, Captain Kirk has to realize that the consciousness of the Vulcans working there for ten years has changed dramatically. Their will is paralyzed by a foreign power that abuses the researchers to enforce their own goals.

The Vulcans call this power Corona. It comes from the early days of the universe and has only one desire: to restore the chaotic energy conditions from the period shortly after the Big Bang.

As Spock and a young reporter who joins the mission aboard the Enterprise come under the influence of Corona and the space-time continuum begins to change, the new electronic emergency monitoring system takes over the Enterprise. Powerless, Captain Kirk has to watch his ship develop its own will and become self-reliant.