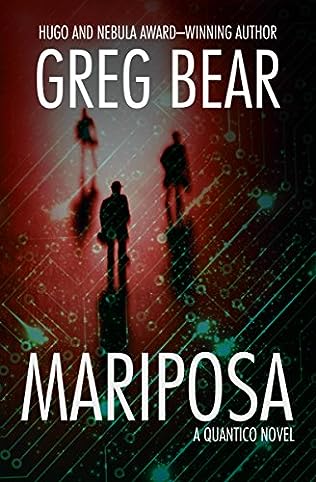 In an America driven to near bankruptcy with crushing foreign debt, the Talos Corporation stands out as a major success story—training soldiers and security forces from around the world and providing logistics and troops for nearly all branches of the United States government. But Talos has another plan in mind—the destruction of the federal system and constitutional law.

Three FBI agents are all that stands between Talosâ€™s CEO Axel Price and the subversion of our nation. Fouad Al-Husam is working undercover in Lion City, Texas, on the Talos Campus—but he may have just overplayed his hand. Agent William Griffin will engage in a desperate diversion to try to rescue Al-Husam, and the top-secret information he literally carries in his blood.

Rebecca Rose is called into action to partner with an unlikely hero: Nathan Trace, one of a team of four who created and programmed the thinking machines that are about to help Axel Price in his plans for domination. Trace and his colleagues were caught up in a violent incident in the Middle East several years ago, and experienced Post-Traumatic Stress Disorder.

All of them were forcibly enrolled in a treatment program sponsored by Talos Corporation, code-named Mariposa—which supposedly cured their PTSD. But now they are beginning to notice unexpected side effects. The Mariposa subjects are being liberated from nearly all human emotions and concerns—and all mental limits—to become brilliant sociopaths. They are out of control and they must die.