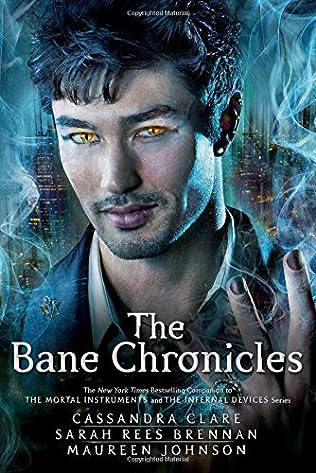 Fans of The Mortal Instruments and The Infernal Devices can get to know warlock Magnus Bane like never before in this collection of New York Times bestselling tales, in print for the first time with an exclusive new story and illustrated material.

This collection of eleven short stories illuminates the life of the enigmatic Magnus Bane, whose alluring personality, flamboyant style, and sharp wit populate the pages of the #1 New York Times bestselling series, The Mortal Instruments and The Infernal Devices.

Originally released one-by-one as e-only short stories by Cassandra Clare, Maureen Johnson, and Sarah Rees Brennan, this compilation presents all ten together in print for the first time and includes a never-before-seen eleventh tale, as well as new illustrated material.

The stories include all the way from book 1: There are good reasons Peru is off-limits to Magnus Bane. Follow Magnus’s Peruvian escapades as he drags his fellow warlocks Ragnor Fell and Catarina Loss into trouble, learns several instruments (which he plays shockingly), dances (which he does shockingly), and disgraces his host nation by doing something unspeakable to the Nazca Lines.

and right until book 11: The voice mail of Magnus Bane, High Warlock of Brooklyn, in the days following a certain incident in City of Lost Souls.