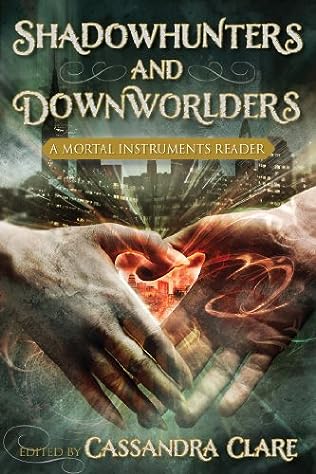 Cassandra Clare’s Mortal Instruments series, epic urban fantasy set in a richly imagined world of shadowhunters, vampires, werewolves, fairies, and more, has captured the imaginations and loyalty of hundreds of thousands of YA readers.

Originally a trilogy (City of Bones, City of Ashes, City of Glass), the series has extended to six titles, plus a prequel trilogy, the Infernal Devices, and a planned sequel series, the Dark Artifices. A feature film is planned for 2013.

Cassandra Clare, creator of this successful series, has compiled the vision that several writers – like Kami Garcia and Holly Black – have about the fantastic universe that she imagined and where nefilim, vampires, werewolves, wizards and other fantastic creatures continue to trap millions of readers around the world.

The reading that the authors make of Shadowhunters will allow the reader to look with different eyes at their characters and the relationships between them.

Shadowhunters and Subterranean is the best companion that any follower of the saga and Cassandra Clare, its author, could have wished.