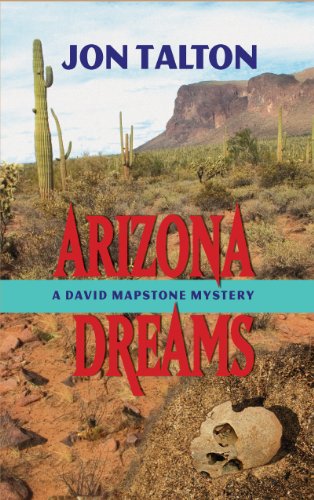 When a former student turns up in David Mapstone’s office, she seems to have the perfect case for this history-professor-turned-deputy: a letter left by her deceased father, confessing to a forty-year-old murder and providing directions to the body. But things are never what they seem in Phoenix, a fast-buck city of newcomers seeking fresh starts from sometimes dark pasts.

Just ask David’s wife, Deputy Lindsey Faith Mapstone. One morning the start of the Willo District home tour is interrupted by murder. A man lies dead with an ice pick in his brain. And Lindsey runs right into her half-sister Robin among the crowd gathering in the historic Phoenix neighborhood, the sister Lindsey hasn’t seen in years. The reunion with Robin rekindles memories about their rough upbringing and the deep rift that they may, or may not, bridge. Why is Robin here now?

David has his own problems. There’s a body in the desert, right where the letter said it would be found. But it’s weeks old, not years. And the “former student” who brought in the letter has disappeared. When David finally locates her, she turns out to be a sham, the wife of a politician with a vendetta against Mapstone’s boss, Sheriff Mike Peralta. But what’s her agenda?

And then even fresher bodies turn up, the clues keep pointing back to the same remote piece of desert and a seemingly unconnected real-estate development called Arizona Dreams. But Mapstone knows something sinister is fueling this increasingly dangerous case…