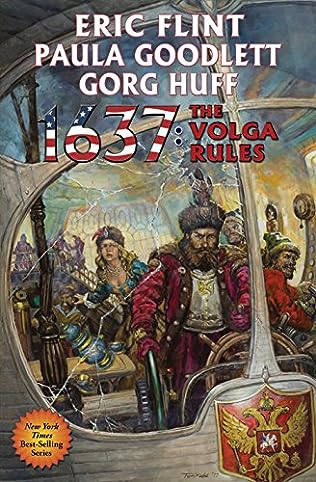 It’s been five years since a cosmic incident known as The Ring of Fire transported the modern-day town of Grantville, West Virginia, through time and space to 17th century Europe. The course of world history has been forever altered. And Mother Russia is no exception.

Inspired by the American up-timers’ radical notion that all people are created equal, Russian serfs are rebelling. The entire village of Poltz, led by blacksmith Stefan Andreevich, pulls up stakes to make a run for freedom.

Meanwhile, Czar Mikhail has escaped house arrest, with the aid of up-time car mechanic Bernie Zeppi, his Russian associates—and a zeppelin. The czar makes his way to the village of Ufa. There he intends to set up a government-in-exile. It is to Ufa that the serfs of Poltz are heading, as well.

The path is dangerous—for the serfs as well as the czar. They face great distances and highwaymen. But the worst threats are those in the aristocracy who seek to crush the serfs and execute the czar in a bid to drive any hope for Russian freedom under their Parisian-crafted boot heels. But the Russians of 1637 have taken inspiration from their up-timer counterparts. And it could be that a new wind of liberty is about to blow three centuries early—and change Mother Russia forever.