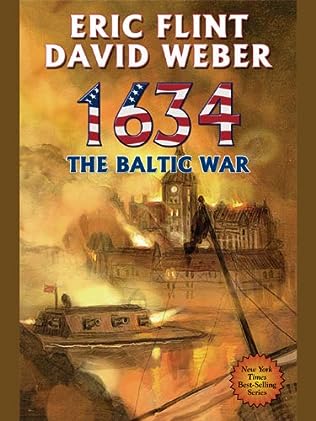 Fight for Freedom in a Dark and Bloody Age!

After a cosmic accident sets the modern West Virginia town of Grantsville down in war-torn seventeenth century Europe, the United States of Europe is forged in the fire of battle. The Baltic War reaches a climax as France, Spain, England, and Denmark besiege the U.S.E. in the Prussian stronghold of Lubeck.

The invention of ironclads, the introduction of special force tactics during a spectacular rescue operation at the Tower of London – the up-timers plan to use every trick in the time traveler’s book to avoid a defeat that will send Europe back to a new Dark Age!

Multiple New York Times best-seller and creator of the legendary ”Honorverse” series David Weber teams with New York Times best-selling alternate history master Eric Flint to tell the tale of the little town that remade a continent and rang in freedom for a battle-ravaged land in the latest blockbuster addition to Flint’s ”Grantsville” saga!