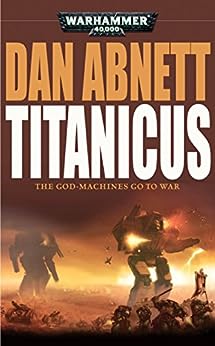 When the vital forge world of Orestes comes under attack by a legion of Chaos Titans, the planet is forced to appeal for help. Titan Legio Invicta, although fresh from combat and in desperate need of a refit and repair, responds, committing its own force of war engines to the battle.

As the god-machines stride to war, the world trembles, for the devastation they unleash could destroy the very world they have pledged to save.

It’s a vision of total war in the 41st millennium, from the smallest soldier to the largest God-Machine.