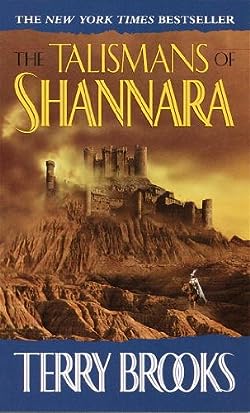 The Talismans of Shannara

Several of the goals set in order to keep Shannara safe had been met: Paranor, the Druid’s keep, had been restored; the Elves had been returned to the Four Lands; and Par Ohmsford had found what he believed to be the legendary Sword of Shannara.

Still, much work was yet to be done by Walker Boh, Wren, and Par. For The Shadowen still swarmed over the Four Lands, poisoning all with their dark magic. Each Shannaran had a special death waiting for him- at the hands of The Shadowen-unless Par could find a way to free them all with the Sword of Shannara.