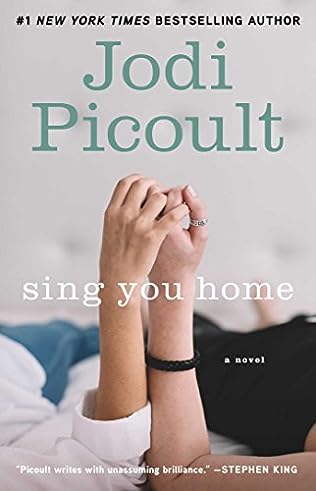 Music has set the tone for most of Zoe Baxter’s life. There’s the melody that reminds her of the summer she spent rubbing baby oil on her stomach in pursuit of the perfect tan. A dance beat that makes her think of using a fake ID to slip into a nightclub. A dirge that marked the years she spent trying to get pregnant.

In the aftermath of a series of personal tragedies, Zoe throws herself into her career as a music therapist. When an unexpected friendship slowly blossoms into love, she makes plans for a new life, but to her shock and inevitable rage, some people—even those she loves and trusts most—don’t want that to happen.

Sing You Home is about identity, love, marriage, and parenthood. It’s about people wanting to do the right thing for the greater good, even as they work to fulfill their own personal desires and dreams. And it’s about what happens when the outside world brutally calls into question the very thing closest to our hearts: family.