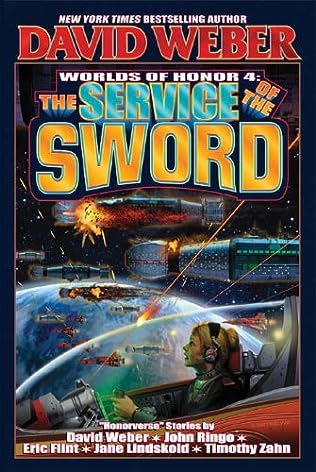 Readers can’t get enough of Honor Harrington and her world, and here David Weber is again, accompanied by some of the top science fiction writers in the field, with new adventures of the best starship commander in the galaxy, and explorations of previously uncharted corners of her universe. It’s a party and you’re invited!

The Service of the Sword, published in 2003, is the fourth anthology of stories set in the Honor Harrington universe or Honorverse. The stories in the anthologies serve to introduce characters, provide deeper more complete backstory and flesh out the universe, so claim the same canonical relevance as exposition in the main series.

David Weber, author of the mainline Honor Harrington series, serves as editor for the anthologies, maintaining fidelity to the series canons