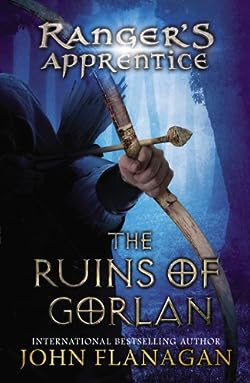 The Ruins of Gorlan

Fifteen year-old Will always wanted to be a warrior, even if the Rangers scared him. He was always short for his age, but that didn’t stop the Rangers to select him to be an apprentice. What he doesn’t realize yet is that the Rangers are the protectors of the kingdom.

Highly trained in the skills of battle and surveillance, they fight the battles before the battles reach the people. And as Will is about to learn, there is a large battle brewing. The exiled Morgarath, Lord of the Mountains of Rain and Night, is gathering his forces for an attack on the kingdom. This time, he will not be denied.

A classic sword and sorcery fantasy novel set in an alternate medieval earth with a young boy who wants to be a hero.