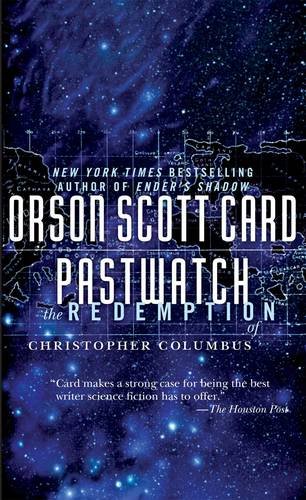 In the not too distant future, a small group of scientists and historians dedicate their time to studying the past with a new observation machine through time, the TruSite II.

Unfortunately, its world is a tragic place: the human species has been reduced to a population of less than a billion people after a century of wars and plagues, drought, floods and famines. There have been too many extinctions, too much land has been poisoned and barren. The people who survive struggle to renew the planet, while specialists observe the past in search of the causes of their terrible present.

One day, however, when contemplating the terrible slaughter of the Caribbean tribes at the hands of the Spaniards, led by Christopher Columbus to La Hispaniola, the observer Tagiri discovers that the woman she is studying also sees her, and interpret that image as a message from the gods.

Could the past be altered? Would it be right for a small group of observers to act in such a way that, if successful, they would make a temporary line disappear, even if it was theirs? Would his action be justified if, thanks to it, the death of the entire planet were avoided?

A brilliant and emotive disquisition on time and its paradoxes and, very especially, on the sense of history and human responsibility, on the colonization of America, slavery and human sacrifice. A surprising and unforgettable review of the story, narrated with the usual expertise in the author of the Ender’s Game.