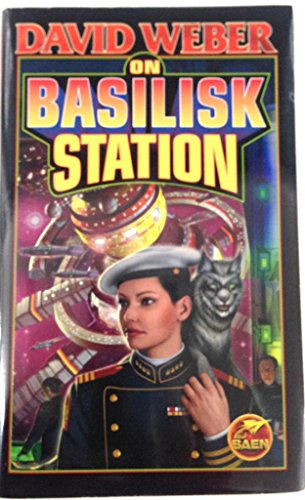 Honor Harrington in trouble: Having made him look the fool, she’s been exiled to Basilisk Station in disgrace and set up for ruin by a superior who hates her.

Her demoralized crew blames her for their ship’s humiliating posting to an out-of-the-way picket station. The aborigines of the system’s only habitable planet are smoking homicide-inducing hallucinogens.

Parliament isn’t sure it wants to keep the place; the major local industry is smuggling, the merchant cartels want her head; the star-conquering, so-called “Republic” of Haven is Up to Something; and Honor Harrington has a single, over-age light cruiser with an armament that doesn’t work to police the entire star system.

But the people out to get her have made one mistake.

They’ve made her mad!