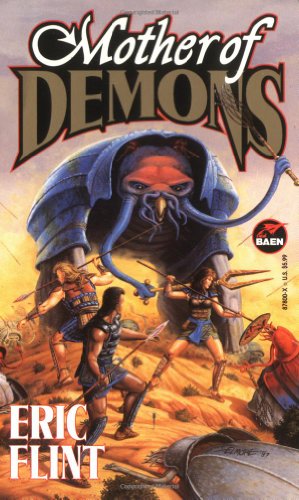 An outcast with a perversion (she liked males); a great battle mother with an impossible task; a paleobiologist with a terrible sense of humor — they were all revolutionaries, but had never expected this. . .

On a dangerous planet, crumbling alien civilization fights to stave off a final fall into barbarism, and human explorers must choose: will they help or standby and let a once high civilization fall?

On a dangerous planet, a crumbling alien civilization fights to stave off a final fall into barbarism. What’s more, a human expedition has arrived to churn the mix even further. In a world where caste and mating are genetically determined, one rebel couple chooses to pair bond and stay together.

Their love will either determine a new pattern and way forward for their species — or they may become the last of their kind. And now Indira Toledo, a human paleobiologist, must choose whether to introduce one of the oldest human cultural adaptations of all–war–to save a once high civilization from falling to ravaging barbarians.