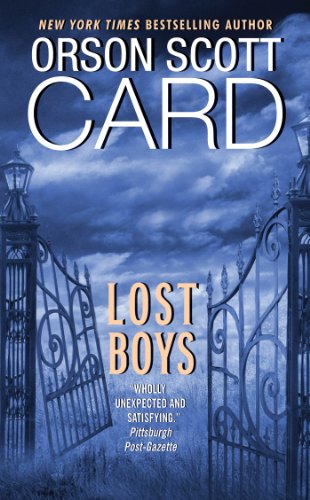 For Step Fletcher, his pregnant wife DeAnne, and their three children, the move to tiny Steuben, North Carolina, offers new hope and a new beginning. But from the first, eight-year-old Stevie’s life, there is an unending parade of misery and disaster.

Cruelly ostracized at his school, Stevie retreats further and further into himself  and into a strange computer game and a group of imaginary friends.

But there is something eerie about his loyal, invisible new playmates: each shares the name of a child who has recently vanished from the sleepy Southern town. And terror grows for Step and DeAnne as the truth slowly unfolds. For their son has found something savagely evil … and it’s coming for Stevie next.