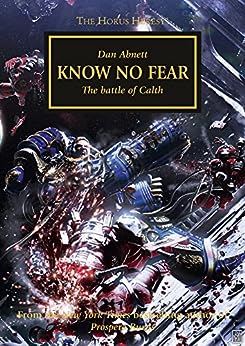 Unaware of the wider Heresy and following the Warmaster’s increasingly cryptic orders, Roboute Guilliman returns to Ultramar to muster his Legion for war against the orks massing in the Veridian system.

Without warning, their supposed allies in the Word Bearers Legion launch a devastating invasion of Calth, scattering the Ultramarines fleet and slaughtering all who stand in their way.

This confirms the worst scenario Guilliman can imagine – Lorgar means to settle their bitter rivalry once and for all. As the traitors summon foul daemonic hosts and all the forces of Chaos, the Ultramarines are drawn into a grim and deadly struggle in which neither side can prevail.

When war comes to Calth and set the planet aflame, the Ultramarines face annihilation against a foe who will use any means to settle their bitter grudge.