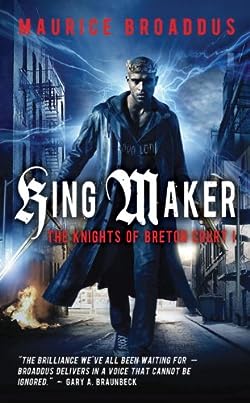 The King Arthur medieval myth is returned in a modern tale of the struggle of African-American street hustler King Maker, who is trying to unite and mobilize the city underworld, including drug addicts, gangbangers, and monsters of all kinds living in the section of Indianapolis known as Breton Court, to do the right thing, by offering them a better way of living.