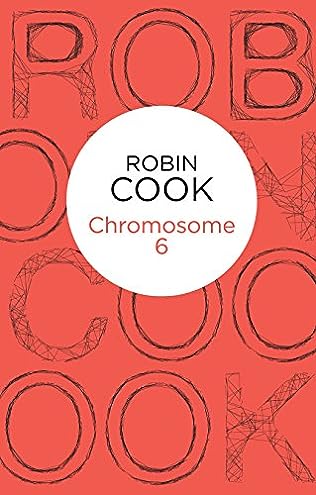 A medical thriller from the author of CONTAGION in which an American forensic pathologists investigation into the murder of a notorious underworld figure, leads him to the jungles of equatorial Africa.

Chromosome 6 is a prophetic thriller that challenges the medical ethics of genetic manipulation and cloning in the jungles of equatorial Africa, where one mistake could bridge the gap between man and ape–and forever change the genetic map of our existence…

When a notorious underworld figure, Carlo Franconi, is gunned down, his body is snatched from the city morgue before it can be autopsied. A few days later, a floater appears on Dr. Jack Stapletons autopsy table missing its head, hands, feet and liver.

With the help of Dr. Laurie Montgomery, Jack IDs the body as that of Carlo Franconi. Was the triggerman who killed him the same person who later dismembered him? Jack and Lauries search leads them to equatorial Africa where they discover a sinister cabal whose stock-in-trade involves surgical procedures a step beyond current medical technology and a leap beyond accepted medical ethics.