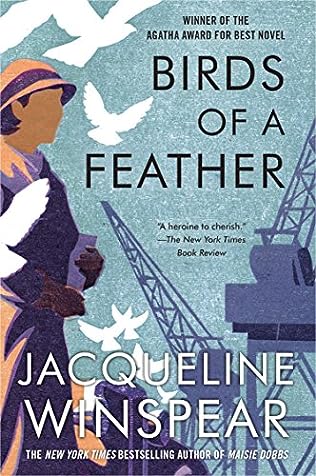 Maisie Dobbs is back and this time she has been hired to find a wealthy grocery magnate’s daughter who has fled from home. What seems a simple case at first becomes complicated when Maisie learns of the recent violent deaths of three of the heiress’s old friends. Is there a connection between her mysterious disappearance and the murders? Who would kill such charming young women? As Maisie investigates, she discovers that the answers to all her questions lie in the unforgettable agony of The Great War.

It is the spring of 1930, and Maisie has been hired to find a runaway heiress. When three of the heiress’s old friends are found dead, Maisie must race to find out who would want to kill these seemingly respectable young women before it’s too late. As Maisie investigates, she discovers that the answers lie in the unforgettable agony of the Great War.