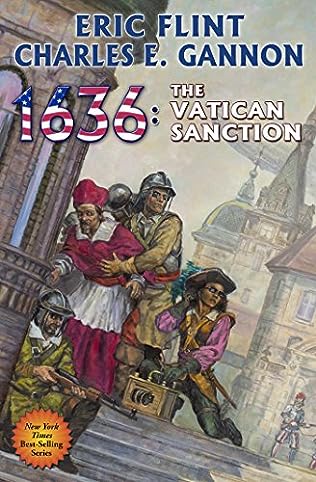 It’s spring in Burgundy. The flowers are out and so are the cardinals—of Pope Urban’s renegade papacy, now on the run from the Vatican’s would-be usurper Borja. Most of the Church’s senior leaders have converged upon the city of Besancon, where the Pope plans to offer an ecumenical olive branch to the other Christian denominations with which Rome has been at war.

Fortunately, Urban has up-time help. He can rely upon Cardinal-Protector Larry Mazzare’s theological savvy, Sharon Nichols’ medical skills, and her husband Ruy Sanchez’s keen-eyed experience as a body-guard-in-chief. And even though Urban has a new Papal Guard in the form of Owen Rowe O’Neill’s Wild Geese, Mike Stearns has loaned the Pope a small contingent of the Hibernian Battalion—just in case.

Which is prudent, since Urban and his peace initiative are not merely at risk from Borja’s assassins. There is another, more deadly team of professional killers in town, directed by the man who almost killed the Pope before: lethal Spanish mastermind Pedro Dolor.

Dolor hasn’t come to confess murder—he’s come to commit it.