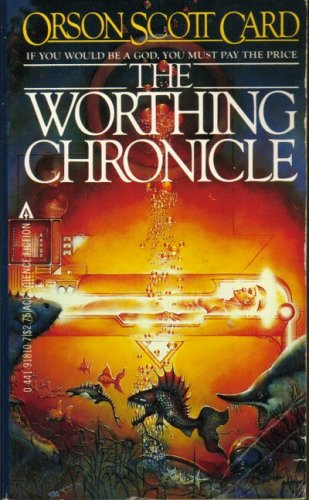 If you would be a God, you must pay the price.

Jason Worthing was a telepath, and the best of the ark captains sent to conquer and seed humankind anew on a hundred new worlds.

He vowed that his new-world would be different from the stagnant one he had fled. He established his colonists and his descendants; and when he was sure that they would survive, he sealed himself in the last somec chamber in all the galaxy, triggered to awaken him when his world had built a new civilization.

And when he awoke from his frozen slumber, it was to a future he had never dreamed of.

Corrupt forces had emerged and a strange form of mind reading had been carried down to other generations.

In a profound tale that spans thousands of years and barren lands, Jason tries to reconcile the past with the present, amidst those who lost their memories entirely and dreams that bring strange, disturbing visions of the past.