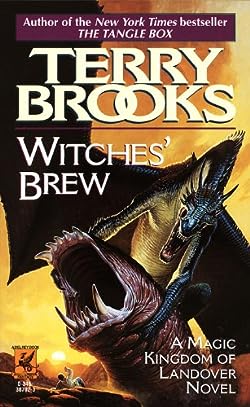 With peace reigning in the Magic Kingdom at last, Ben Holiday was finally happy. He could now safely watch his daughter grow. Which she did – by leaps and bounds.

Born a seedling and nourished by soil from Landover, Earth and the fairy mists, Mistaya was a unique child, as dazzling as her mother, the sylph Willow, and fiery and impatient with those who couldn’t keep up with her lightning- fast development. But Ben’s idyll was not to last.

The dark and pitiless Rydall, king of lands beyond the fairy mists, was at the gates of Sterling Silver. His armies ready to invade if Ben would not accept his challenge: to face and defeat seven different champions of Rydall’s choice. And accept he must, for Mistaya had been snatched from her guardians by foul magic and only Rydall had the key to her fate …