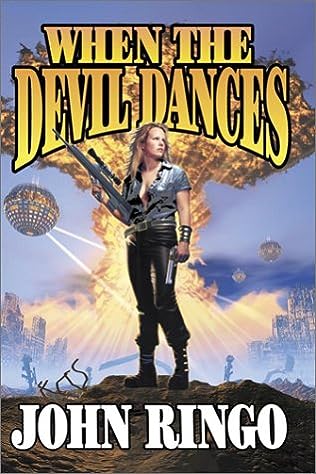 After five years of battling the Posleen invaders, human civilization is down to this: A handful of valleys in the Rocky Mountains, the Appalachians, Fargo, North Dakota and the Cumberland Basin.

Only in the Cumberland Basin and the Ohio Valley do humans retain culture, philosophy, and learning. Only in the Appalachians and the Rockies do the humans hold onto their shattered defenses. Only there do they create larger and larger engines of war to oppose the hated Posleen. Only there do they have hope. As they wait for the return of their forces. As they pray for survival.

After five years of battling the Humans, the Posleen are tired and angry. Humans don’t fight fair. They hide and burrow like the pestiferous abat. They strike from above with their hated artillery and from behind with their long range reconnaissance. After five years of hammering their crocodilian heads, even the Posleen are ready for a change. And the name for that change is Tulostenaloor. He was beaten in Aradan V. But he has learned. And this is his day.

Now is the time: Two opponents of old squaring off in the battle that will define the course of the galaxy for the next millennia.

Two commanders, one mission: Take and hold Rabun Gap at all costs.

And when Major Michael O’Neal, commander of the 1st Battalion 555th Mobile Infantry, squares off against Tulostenaloor, Clan-Lord of the Sten, the only winner is Satan himself.