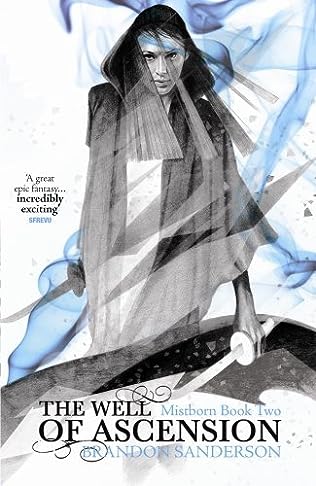 They did the impossible, deposing the godlike being whose brutal rule had lasted a thousand years.

Now Vin, the street urchin who has grown into the most powerful Mistborn in the land, and Elend Venture, the idealistic young nobleman who loves her, must build a healthy new society in the ashes of an empire.

They have barely begun when three separate armies attack. As the siege tightens, an ancient legend seems to offer a glimmer of hope. But even if it really exists, no one knows where to find the Well of Ascension or what manner of power it bestows.

It may just be that killing the Lord Ruler was the easy part. Surviving the aftermath of his fall is going to be the real challenge.