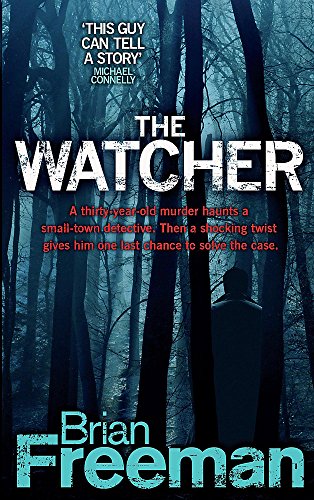 It’s the case that has haunted Stride for thirty years.  During the summer after his junior year of high school, he fell in love with beautiful Cindy Starr, the girl who would become his wife.  But on the Fourth of July, the same night that Jonny and Cindy cemented their love, Cindy’s older sister Laura was savagely murdered.  The police suspected a vagrant of committing the crime, but no one was ever arrested, and the case was closed.

Now, Laura’s best friend Tish Verdure has returned to Duluth to write a book about Laura’s death.  Tish knows secrets that a lot of people would like to keep hidden, including information about Cindy that leave Stride questioning his entire past.  When a young girl is found drowned in the St. Louis River and a witness to the original murder attempts suicide, Stride realizes that the violence of the past is spilling over into the present.

As he unearths the explosive events that led to Laura’s murder, Stride discovers that the ripples of her death changed everyone’s lives, including his own.  Can Stride put to rest the ghosts of his past, or will they devour him whole?