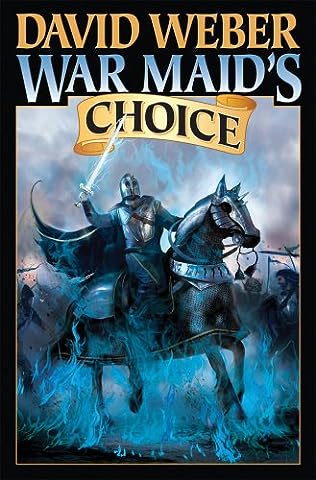 Barbarian Bahzell, originally an outsider to so-called civilization, has become the first hradani wind rider in history—a position that confers elite status within the territories of the powerful Sothoii. But certain very powerful and very nasty sorts are not at all happy about Bahzells’ new status, and resentment stirs. Deadly resentment.

To complicate matters even further, Baron Tellian’s daughter, the heir to the realm, is convinced that Bahzell is the only man—or hradani—for her. Yet Bahzell is no stranger to entanglements and threats, and his enemies are the ones who had best watch themselves.

For they aren’t just going up against any hradani barbarian, but a tried and proven champion of the War God Himself.