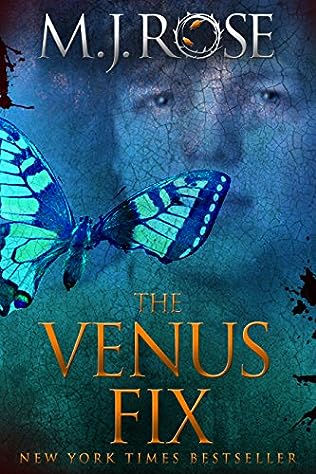 Book 3 in the Butterfield Institute series (2006)

In the latest series entry from Rose (The Delilah Complex) to feature psychiatrist Dr. Morgan Snow, a string of murders is plaguing Manhattan, and sexy sex therapist Snow’s new patient—a powerful judge with a reputation for being fair and an addiction to Internet pornography—is at the top of the suspect list. While Morgan works with patients addicted to real-time Webcam fantasy girls, someone is killing off the online girls and broadcasting their slow, grisly murders on their own Internet feeds. On the case is Det. Noah Jordain, who maintains a shaky romance with Snow.

Soon the investigation is giving their already strained relationship a good rattle, pitting Morgan’s professional duty against Noah’s. Though creepy letters from the killer to “Dearest” break up the first-person narrative with stabs of dread, this psychological thriller is less thrilling but more thoughtful than the typical genre exercise. As in Rose’s first two series entries, Morgan charms as a sex shrink who’s seen it all, and the grisly details and bold sexual content blend nicely with themes of family, love and friendship to form a solid whole.

As one of New York’s top sex therapists, Dr. Morgan Snow sees everything from the abused to the depraved. From high-profile clients with twisted obsessions to courageous survivors, the Butterfield Institute is the sanctuary to heal battered souls.

Fantasies that are all too accessible. Then the women start dying online, right in front of their eyes. Now it’s all about murder.