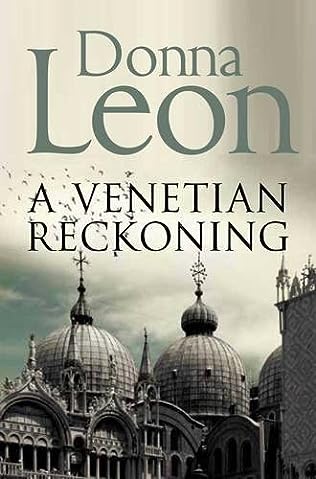 Book 4 in the Commissario Brunetti series (1995)

Set in Venice, and featuring the charismatic Commissario Guido Brunetti, this is the fourth novel in Donna Leon’s critically acclaimed series.

Detective Guido Brunetti is submerged in the seedy Venetian underworld as he tries to crack a prostitution ring run by wealthy and powerful citizens. From the author of Dressed for Death.

Someone is killing Italy’s prominent businessmen, and, at first glance, the murders appear unrelated. However, Venice’s most charming and tenacious detective, Vice-Commissario Guido Brunetti, suspects a fatal link. After mounting an unorthodox investigation, Brunetti uncovers a disturbing international web of exploitation run by Venice’s most influential citizens.

The book is a social novel with a realistic portrayal of the lagoon city, with a view to the everyday life of Venice, where the crime takes place. In addition, the personality Brunetti, his dealings with people, with his family or his views on the fight against crime in the foreground.

It was also published under the title Death and Judgement.