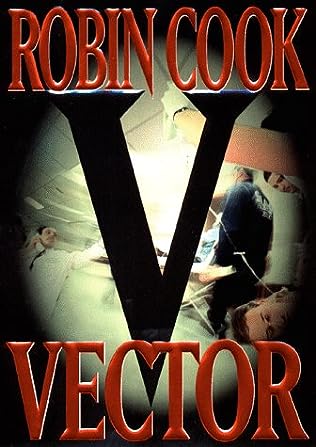 A disgruntled Russian emigre is poised to lash out at the adoptive nation he believes has denied him the American dream. A former technician in the Soviet biological weapons systems, he possesses the knowledge to unleash into the streets of New York City the ultimate terror: a modern bioweapon. But before he executes his final act of vengeance, he must first experiment on a few unsuspecting victims ..

New York City cab driver Yuri Davydov is a disgruntled Russian emigre poised to lash out at the adoptive nation he believes has denied him the American Dream. A former technician in the Soviet biological weapons system, Biopreparat, Yuri possesses the knowledge to wreak havoc in his new home. But before he executes his planned piece de resistance of vengeance, he experiments first on his suspicious live-in girlfriend, then on a few poor-tipping fares….

Dr. Jack Stapleton and Dr. Laurie Montgomery (both last seen in Chromosome 6) begin to witness some unusual cases in their capacity as forensic pathologists in the city’s medical examiner’s office: a young, healthy black woman dies of respiratory failure, a Greek immigrant succumbs to a sudden, overwhelming pneumonia. At the same time, the pair are pressured from above to focus on a high-profile string of suspicious deaths of prisoners in police custody.

When an unexpected breakthrough persuades Jack that these seemingly unrelated deaths are really connected murders, his colleagues and superiors are skeptical. Only Laurie is somewhat convinced. But the question soon becomes whether the pair will solve the puzzle before Yuri unleashes into the streets of New York the ultimate terror: a modern bioweapon.