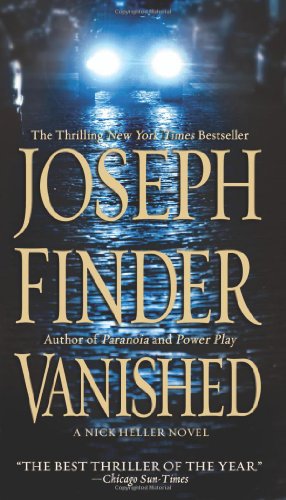 Lauren Heller and her husband, Roger, are out to dinner one night when they’re brutally attacked. Twenty-four hours later, Lauren awakes in the hospital to find that her husband has vanished without a trace. The only one who has any chance of finding him is his brother, Nick, a high-powered investigator with a private intelligence firm.

Nick Heller is tough, smart, and stubborn. Trained in the Special Forces, he specializes in digging up secrets that powerful people would rather keep hidden. He and his brother have been estranged ever since the imprisonment of their notorious billionaire father. But Nick will do anything to protect Lauren and her son. He never backs down. Even if it means taking on the most lethal enemies he’s ever had to face.

Plunged headlong into a desperate chase, Nick begins making shocking discoveries about his brother’s life — and about the giant defense contractor he works for. Now, in order to keep Lauren and her teenage son alive, Nick must take on a powerful and deadly conspiracy that will stop at nothing to protect its secrets.

With breathtaking suspense and pulse-pounding action, right down to its final, astonishing twist, here is “the finest of the contemporary thriller novelists” (Pittsburgh Post-Gazette) at the top of his game.