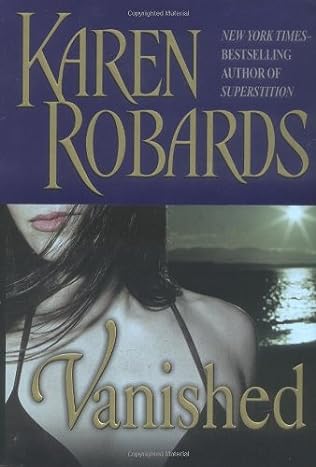 When she receives a call from a child who sounds exactly like her missing daughter Lexie, Sarah Mason turns to her closest friend in the world, P.I. Jake Hogan. Jake is convinced that someone is deliberately tormenting the grief-stricken mother. But as their friendship explodes into passion-and the torment escalates into murder-Jake is the only person who can keep Sarah safe in their horrifying search for the truth…

Several years ago, Sarah Mason’s six-year-old daughter vanished during an outing at a local park in Beaufort, South Carolina. Despite a furious search, little Lexie was never found, and Sarah was left to pick up the pieces of her shattered life and go on as best she could.
Then, on one hot July night, she returns home from work to hear the phone ringing. When she picks it up, a child’s terrified voice whispers, “Mommy, help, come and get me . . .” The call is cut off, but not before Sarah’s heart goes into overdrive: the voice belongs to Lexie. Six-year-old Lexie. Though ten years have passed, she sounds exactly the same.

Frantic, Sarah turns to the police, the FBI, family, and friends, none of whom can help. Out of desperation, she approaches Jake Hogan, once a detective assigned to Lexie’s case. Jake is now a P.I., and though he is skeptical, the attraction he feels for Sarah pushes him to help her. Ben is convinced someone is deliberately tormenting the grief-stricken mother, and the continued tension of sketchy and unpredictable clues forces them to rely only on each other. Together they’re caught in a nightmare search for Lexie, who might just still be alive-if only Jake and Sarah can hang on.