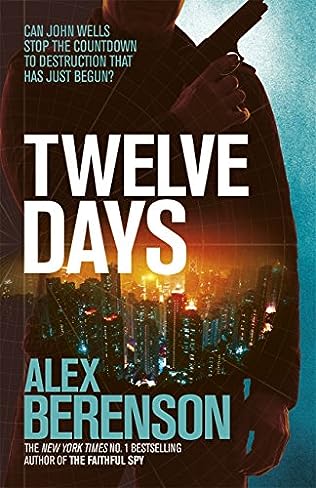 Wells, with his former CIA bosses Ellis Shafer and Vinnie Duto, has uncovered a staggering plot, a false-flag operation to convince the President to attack Iran. But they have no hard evidence, and no one at Langley or the White House will listen.

Now the President has set a deadline for Iran to give up its nuclear program, and the mullahs in Tehran—furious and frightened—have responded with a deadly terrorist attack. Wells, Shafer, and Duto know they have only twelve days to find the proof they need. They fan out, from Switzerland to Saudi Arabia, Israel to Russia, desperately trying to tease out the clues in their possession. Meanwhile, the United States is moving soldiers and Marines to Iran’s border. And Iran has mobilized its own squad of suicide bombers.

And as the days tick by and the obstacles mount, they realize that everything they do may not be enough…