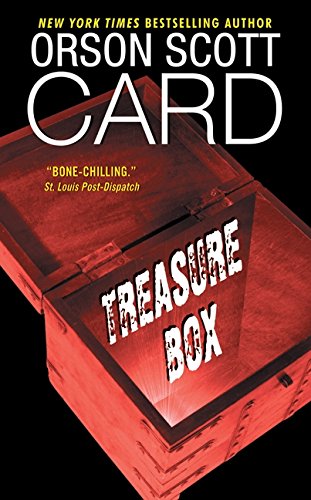 When Quentin Fears was 10, his sister left this world, the victim of a car accident. Her death made him withdraw from this world too — into books, away from people. By the time he reaches adulthood, Quentin has become a certifiable recluse, moving restlessly from town to town, investing the millions he’s made as a software creator and avoiding companionship.

It’s odd but maybe inevitable that on a rare outing to a party he should meet his dream woman, Madeleine. She’s witty and beautiful and as naive to the world’s ways as he is, and they marry in a matter of weeks. Their relationship seems idyllic but for one thing — Madeleine’s multigenerational, cantankerous, eccentric family who all live in a rambling riverside mansion in upstate New York.

But poor family dynamics isn’t all that’s wrong with them. Beyond the squabbling, there’s an ancient family secret to which Madeleine holds the key. Only Quentin can stop her from unleashing an ageless malevolence that will rule the world. But to do so, he must do what seems impossible — step outside himself into the world he has avoided. He must learn friendship, trust, forgiveness and the courage to face down the ultimate evil.