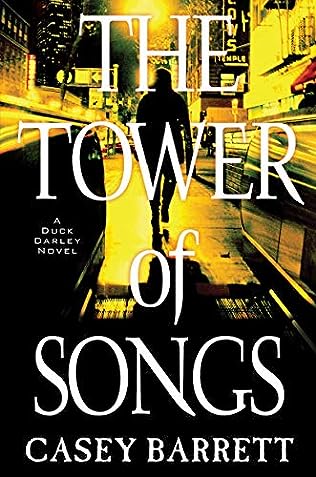 Embracing an improbable stretch of sobriety, unlicensed P.I. Duck Darley has proven himself stronger than the temptations that loom in the shadows of New York City. But the familiar pull of self-destruction lingers like garbage in July when Layla Soto, a sharp-tongued Park Avenue teenager with a family as screwed up as his own, presents a twisted missing-persons case he can’t refuse . . .

Layla saw video evidence of her billionaire father being abducted from their home–at the top of the tallest residential tower on earth. She suspects her grandmother, a Chinese social climber on husband number three, orchestrated the act to silence her only son. Duck agrees to investigate the hedge funder’s disappearance, if only for the rush of a new thrill–and an excuse to reconcile with Cass Kimball, his leather-clad sometime partner who nearly got him killed . . .

As the unlikely duo become immersed in a high-stakes ransom linked to the international drug trade and the delicate relations between the two most powerful nations on earth, survival means trusting no one. Because when confronting absolute power, certain forces will stop at nothing to bury the truth.