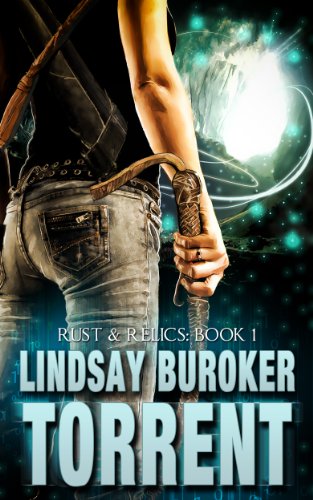 From the bestselling author of the Emperor’s Edge series, who wrote more than 60 books overall so far…

When Delia chose to major in archaeology, she imagined herself as the female Indiana Jones of the Southwest. She didn’t imagine herself crawling through abandoned mine shafts, scrounging for rusty pickaxes and gold pans to sell on auction sites, but Indiana Jones didn’t have to make student loan payments.

Scouring the mountains of Arizona with Simon, her best friend and computer geek extraordinaire, Delia dreams of turning their scavenging enterprise into a legitimate business. More, she longs to earn the respect of peers who shun her for turning into a treasure hunter. What she doesn’t dream of is stumbling across a decapitated body in an old mine near Prescott.

Something dangerous has come to the mountains, and a pair of Harley-riding strangers are the only ones who seem to have a clue. They speak a language Delia has never heard and carry mysterious artifacts she’s never seen. Investigating these strangers might lead her to discoveries that change the face of archaeology forever… or it might lead her and her best friend into a deadly monster’s lair.