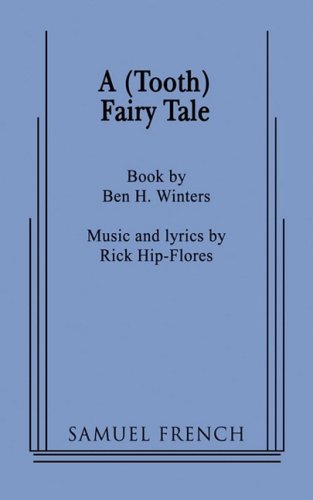 A boy named Samuel is tired of his life: It’s nothing but rules, rules, and more rules! So when Sammy meets the Tooth Fairy, and she confesses that she’s bored with her own life and wishes she could be just a regular lady, the two arrange a swap.

Samuel becomes the new Tooth Fairy, and the Tooth Fairy heads off to make her way in New York City. Soon Samuel is zipping around the night sky, revolutionizing the tooth biz, while the Fairy joyfully takes in the glories of the Upper West Side, and everyone is happy…for a little while. Soon Samuel, tempted by a scheming Local Newscaster, starts ignoring the rules of the Tooth Fairy game, and (even worse) decides he’s too much of a big shot for his very best friends Allison.

Meanwhile, after a few brushes (no pun intended) with the hard realities of city living, The Tooth Fairy is ready to switch back, too. But can it be that simple? A (Tooth) Fairy Tale is a musical comedy filled with fairy dust, bright shiny quarters, and maybe just a small molar – sorry, moral – about being true to who you really are.