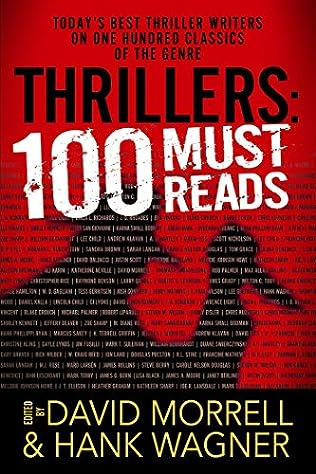 The book’s premise: a thriller writer recommends one book from the thriller genre that he/she considers a must-read. The most riveting reads in history meet today’s biggest thriller writers in Thrillers: 100 Must-Reads.

Thrillers: 100 Must-Reads features 100 works—from Beowulf to The Bourne Identity, Dracula to Deliverance, Heart of Darkness to The Hunt for Red October—deemed must-reads by the International Thriller Writers organization.

Much more than an anthology, Thrillers: 100 Must-Reads goes deep inside the most notable thrillers published over the centuries. Through lively, spirited, and thoughtful essays that examine each work’s significance, impact, and influence, Thrillers: 100 Must-Reads provides both historical and personal perspective on those spellbinding works that have kept readers on the edge of their seats for centuries.