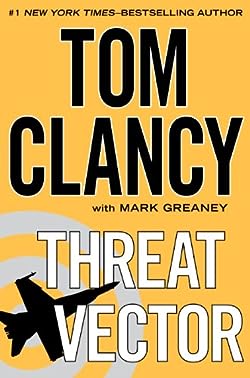 When Jack Ryan Jr, on a highly secret, off-the-books Campus mission in Turkey, discovers that his team’s every move is monitored, he knows that US intelligence has been fatally compromised.

For Jack Ryan, Jr., and his comrades at the covert organization known as The Campus, the fight against America’s enemies is never over. But the danger has just hit home in a way they never expected…

The Campus has been discovered. And whoever knows they exist knows they can be destroyed. Meanwhile, President Jack Ryan has been swept back into the Oval Office—and his wisdom and courage are needed more desperately than ever.

Internal political and economic strife has pushed the leadership of China to the edge of disaster. And those who wish to consolidate their power are using the opportunity to strike at long-desired Taiwan, as well as the Americans who have protected the tiny nation.

Now, as two of the world’s superpowers move ever closer to a final confrontation, President Ryan must use the only wild card he has left—The Campus. But with their existence about to be revealed, they might not even have a chance to enter the battle before the world is consumed by war. Except a sinister figure known only as the Center is watching the Campus and Jack Ryan Jr’s every move. Any misstep will be their last . . .